• As part of the Duravant Group’s “Doing Good” project, and “Volunteer Week” by Warburg Pinkus – Duravant’s investment fund –, the purpose of the initiative was to gain first-hand experience of the difficulties suffered by people in this group.

• “Mission Braille” featured the participation of 30 Mespack workers who, accompanied by two people with partial severe blindness, experienced three experimentation spaces: Pick up your cane; Put your glasses on, and Writing braille.

Once again, Mespack wanted to demonstrate its commitment to the communities in which it operates. Thus, on 11 June, the Duravant Group company held an awareness-raising activity on visual functional diversity at its facilities in Santa Perpètua de la Mogoda, Barcelona, in collaboration with the Grupo Sifu Foundation.

The purpose of this initiative, under the name “Mission Braille”, as part of the Duravant Group’s “Doing Good” project, and “Volunteer Week” (13 to 17 May) by Warburg Pinkus – Duravant’s investment fund –, was to gain first-hand experience of the difficulties suffered by people in this group. 30 Mespack workers, accompanied by between two and three people with disabilities, and supported by professional workshop facilitators, experienced three experimentation spaces.

In “Pick up your cane”, participants took a journey from A to B in pairs, wherein the worker had their eyes closed and held the cane, and the other person guided them along the established route. “This experience has enabled them to also learn the corresponding indications of a sighted guide”, highlighted Montse Mostazo, Mespack HR Manager.

In “Put your glasses on”, workers used virtual-reality glasses to experience some of the visual problems and difficulties that can arise when reading different texts with low vision.

Lastly, in “Writing braille”, workers, encouraged by a person with visual functional diversity, have learned the basic concepts of writing braille. Using the alphabet, they learned how to write a sentence or their name.

“Always in line with the Duravant Group’s corporate social responsibility project “Doing Good”, Mespack aims to support our local communities, making a difference where it is most needed and to be a highly-ethical and socially responsible organisation”, highlighted Mostazo.

On this occasion, “Mission Braille” had a budget of 1,000 euros. The whole amount will be allocated to integration into the labour market of people with disabilities through the Grupo Sifu Foundation 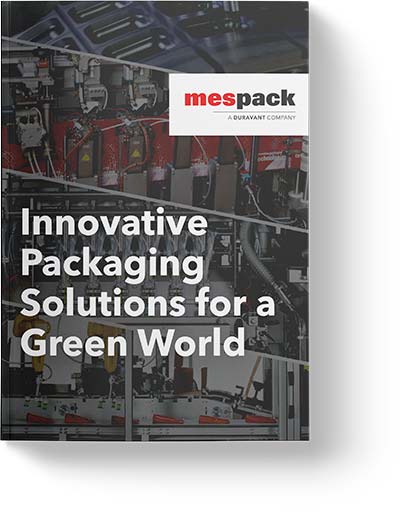